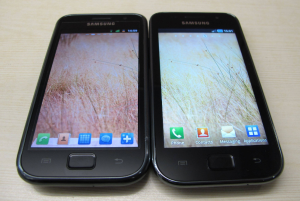 2 thoughts on “Does the touchscreen of your Galaxy S sucks?”